Improve your aural skills with the SOAR plug-in system.

Reverse engineering a mix mentally, imagining the individual elements used to construct it, is key to being able to isolate and identify problem areas or make improvements. The SOAR system challenges you to listen like a pro. Soon, you’ll be hearing like an experienced engineer.

Up to 8 slaves process individual tracks while a single master determines which slave is currently active. 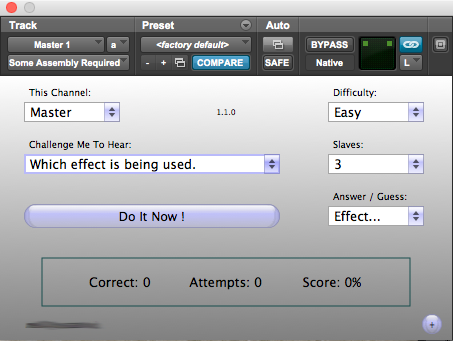 1
Determine which track is getting altered by a slave process.
Which track sounds different ?

2
Determine which process is being used to alter a slave track.
Which effect is causing a track to sound different ? 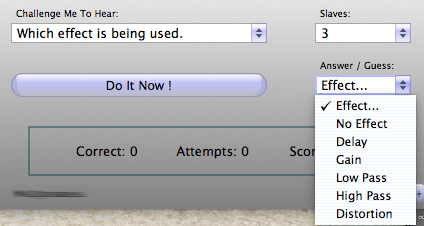 The Pro version of SOAR challenges you to control your own 10-band graphic EQ while attempting to match the timbre of a ‘target’ sound.

The App will randomly change the boost/cut for up to 10 selected center frequencies providing a timbre change to the original source. You then adjust your own EQ in an attempt to achieve an identical timbre change. When satisfied, you click ‘submit’ to find out how close your settings were to the app’s. 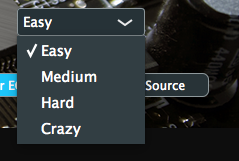 Works with most DAWs using a plug-in in either OS X or Windows. Works with GarageBand in iOS 9.3 or later in IAAE mode. Other iOS DAWs can use the AUv3 plug-in.

Toggle between your EQ, the target EQ, or the un-EQ’d source while working.

Start out with one or two bands only, in easy mode, then gradually increase the number of bands and difficulty to improve your performance providing hours of challenging listening.